Why Doesn’t Hollywood Use Deepfakes In Their Movies? 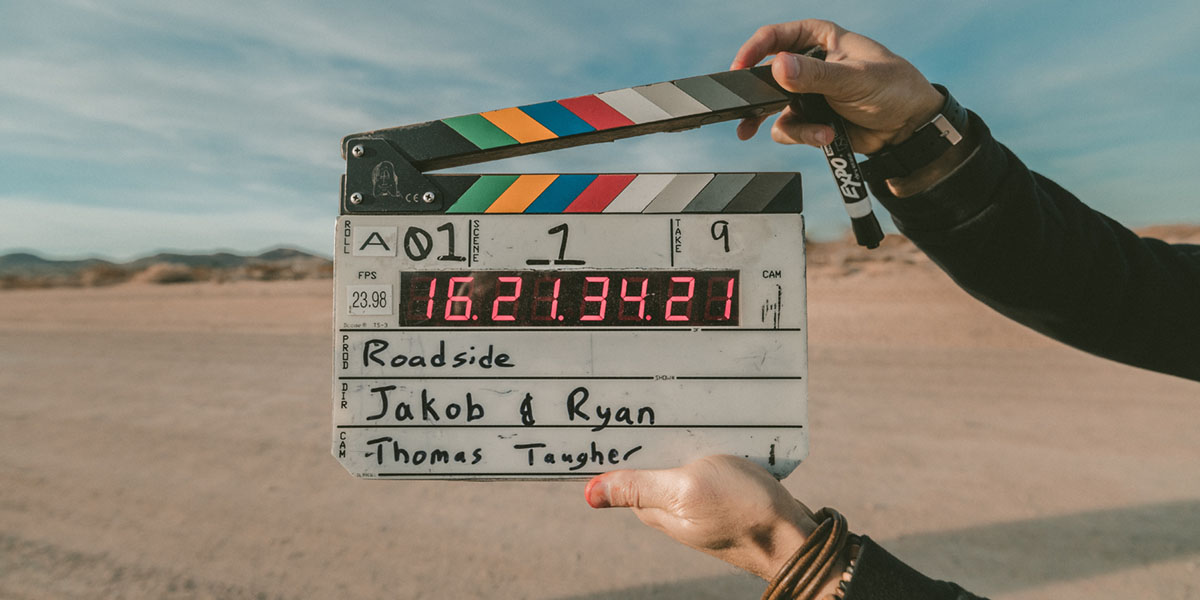 Why Doesn’t Hollywood Use Deepfakes In Their Movies?

Hollywood movies are usually multi-million dollar big-budget projects with a lot of creative tools at their disposal. VFX studios, the ones that make 3D changes to film material, are commonly used to take blockbusters to the next creative level. With the rise of deepfake technology, in which faces are swapped with a simple click of a button, this VFX digital alteration of original film might be transformed forever.

It’s a promising technological improvement, because costs for Artificial Intelligence (AI) face swaps could prove to be exponentially lower than the old-fashioned and often very labor-intensive manual changes.

And yet, it doesn’t seem like Hollywood and big-budget entertainment are anywhere near ready to adopt deepfakes into their set of video editing tools. To understand why this currently isn’t the case, we have to take a look at the current state of deepfake tech, as well as the creative focus of filmmakers.

Let’s start with the theory: why even bother hiring a millionaire actor, when you can hire their much cheaper stunt double, and simply face swap them with some deepfake software? It seems like the easiest budget cut a filmmaker could make, now that deepfake software is so widely available.

Deepfakes In The Movie Entertainment Industry

With the easy-access deepfake software on the internet, anyone is able to make their own renditions of famous movie scenes of the past. Would you like to have Tom Cruise’s face in The Matrix instead of Keanu Reeves? No problem, a quick render with deepfake software and you can have your favorite Hollywood actor in the role of Neo.

There are already big deepfake YouTube channels out there that focus solely on recreating famous movie scenes with a single difference – a different actor. Take for example the hilarious parody titled ‘Home Stallone’. It’s a recreation of the classic children’s movie Home Alone, featuring a young Macaulay Culkin. But this time it’s not Culkin starring in the main role, but the little kid is portrayed by (the face of) Rocky-superstar Sylvester Stallone. An amazing parody with millions of views, which showcases the popularity of such deepfake spin-offs on the internet right now:

It makes you wonder why the big-budget movie industry even bothers to hire expensive multi-million dollar actors anymore. Isn’t it much easier these days to simply hire their stunt doubles and deepfake their face into the movie later on? Perhaps not in the parody-like fashion showcased in the YouTube video above, but in a more serious and subtle manner.

The money saved on not hiring the actor could be used to add some great deepfake tech layers on the original footage. If a scenario like this would actually play out, most famous actors would no longer even have to lift a finger, and would simply become rich through licensing fees on their personal image. A scenario that might actually be closer to the near-future than most people think.

There’s a massive legal caveat to this type of reasoning: what if the actor wants to protect its intellectual property and legally prevent the industry from using their face in AI-generated movies? A good example is the late Robin Williams, who decided to pass the rights to his legacy and likeness to a foundation. The organization prohibits anyone from using the voice of Williams in publications for several decades to come. Even his signature is protected. It would become a common theme for actors once AI generation of movies becomes easier. Copyright law can protect them from ever being used in a regenerated film.

Movie Rendering On The Big Screen: A Limiting Factor

The real question then becomes: how realistic would it be for Hollywood directors to adopt a revolutionary technology on a massive scale? Is it even technically possible to showcase the power of deepfake algorithms on the big screen, where a crazy amount of rendering would be required?

It is perhaps the technological aspect that is still holding back the big movie studios in Hollywood the most. It still takes a lot for a ‘traditional’ industry to transition from 3D layering to deepfake layering. Just take the render power required, as an example. The amount of render-time required for even a short scene would take a huge amount of time with the most powerful supercomputers.

It’s still much more efficient for special effects and visual art studios to simply use their traditional methods. Creating a scene out of thin air is nothing new – it is already possible to create complete scenes out of thin air, where digital composites are made and green screens are commonplace on the set of the film. Even the actors in films sometimes do not know how a scene will eventually look on the big screen.

So why add another complication to that? Why wouldn’t you keep technology influence to a minimum and create a more authentic viewing experience? It’s not like the detail of the deepfake rendering will be very high with a cinema-grade resolution. As of right now, the technological efficiency simply is not there. And it doesn’t look like this will change anytime soon. A fundamental shift will likely not be seen in Hollywood either, but perhaps in the world of animation, some automation could help out creators of, let’s say, the next Toy Story movie. Perhaps the future is with the animators and virtual actors.

It’s normal for modern movies to have digitally altered humans, where certain facial or body features are altered on the screen to fit the character’s story arc. Motion capture is also becoming a very popular feature in animated sequences, or in other entertainment industries such as video games.

Getting an altered character to look realistic is already within reach of the modern technologies without the need for deepfake technologies. So why take that extra step? Lifelike movements and facial expressions can be performed by virtual actors already!

On the other hand, we have to admit that deepfake algorithms could very well change the industry behind the scenes. In the future, it could automate a lot of these processes with some clever AI-based software tricks. And why shouldn’t they? The software is easy to master with some basic directions, making specialized jobs in the entertainment industry more obsolete.

So the question then becomes, how creative do humans really still need to be, if the computer can do it all for us? Do we still need those visionary filmmakers that make blockbuster triple-A titles? Perhaps deepfakes will introduce us to a new era where AI can start creating its own spin on the creativity we usually attribute to humans.

Could Artificial Intelligence Shut Out The Creative Factor?

It wasn’t that long ago that Warner Bros, one of the largest entertainment companies in the movie industry, partnered up with a company called Cinelytic. The purpose? To feed heaps of data to specific AI algorithms, with the sole purpose to predict the creative success of a possible future movie.

While the tech sounds like something straight out of a dystopian future, for now Warner Bros only plans to implement it in the marketing and distribution phase of movie creation. But why stop there? It shouldn’t be too hard to imagine a time where it wouldn’t take the creative genius of a script writer, director and many others to ensure the success of the next blockbuster film.

In fact, it is tech like this that could make the creative process based on human thinking completely obsolete. Just let the AI bots think of a nice plot, why not? In theory, deepfakes could even take over the creative aspect of the stories we watch.

Many people appreciate the movie industry for its creative aspect. But in the end, it’s the numbers in the cash register that will determine which movie gets to be in the big screen. Luckily, deepfake algorithms aren’t as optimized yet (right now) to take over these crucial decision-making roles. They simply aren’t that developed yet, despite already being used in the real world. Where the most creative minds usually decide the next successful film, the bots will simply have to follow our ‘human’ commands. For now, at least.

Deepfakes In Movies: Leave It To The Community

If we look at the current landscape of deepfake applications in the entertainment world, it’s largely community-based. Think about the many YouTube channels that pop up left and right to showcase some cool renders of famous clips, but with a creative twist.

Perhaps the future of deepfakes in entertainment is therefore not with ‘the big boys’. Right now, the dominant factor is still the community that likes to see the possibilities of deepfake video creation, and can appreciate a good classic film scene.

It’s the mashups, the spin-offs, and the creative twists that will allow deepfake tech to become bigger and bigger on the internet in the coming years. And not a single Hollywood employee in sight. It’s all created by kids in their basement, tinkering with the widely available open-source deepfake video editing software out there.

It’s those fan bases with some tech knowledge that will show what the deepfake world is capable of. Let’s put Bruce Lee in The Matrix, or put Robert Downey Jr. in Back to the Future. We don’t need Steven Spielberg to direct those types of simple creative twists. The community and the fans can do it themselves.

No Deepfakes For Hollywood, For Now At Least

So if there is an answer at all to the question “Why doesn’t Hollywood Use Deepfakes”, it would be because the alternative technologies are better right now. The creative process or even the industry as a whole will not be improved by AI anytime soon. Maybe it can remove some of the mundane 3D rendering tasks. The tech isn’t sophisticated enough to go beyond some clever face swaps for now, especially on the big screen.

In the meantime, deepfake fanatics should support and encourage the deepfake YouTube clip creators of everyone’s favorite classic scenes. These simple parodies are absolutely hilarious to watch and perhaps one day they can inspire the Spielberg’s and Tarentino’s of this world to take the leap into AI algorithmic movie creation. For now, though, that future is only science-fiction.