Should Deepfakes Be Granted Copyright Protection? 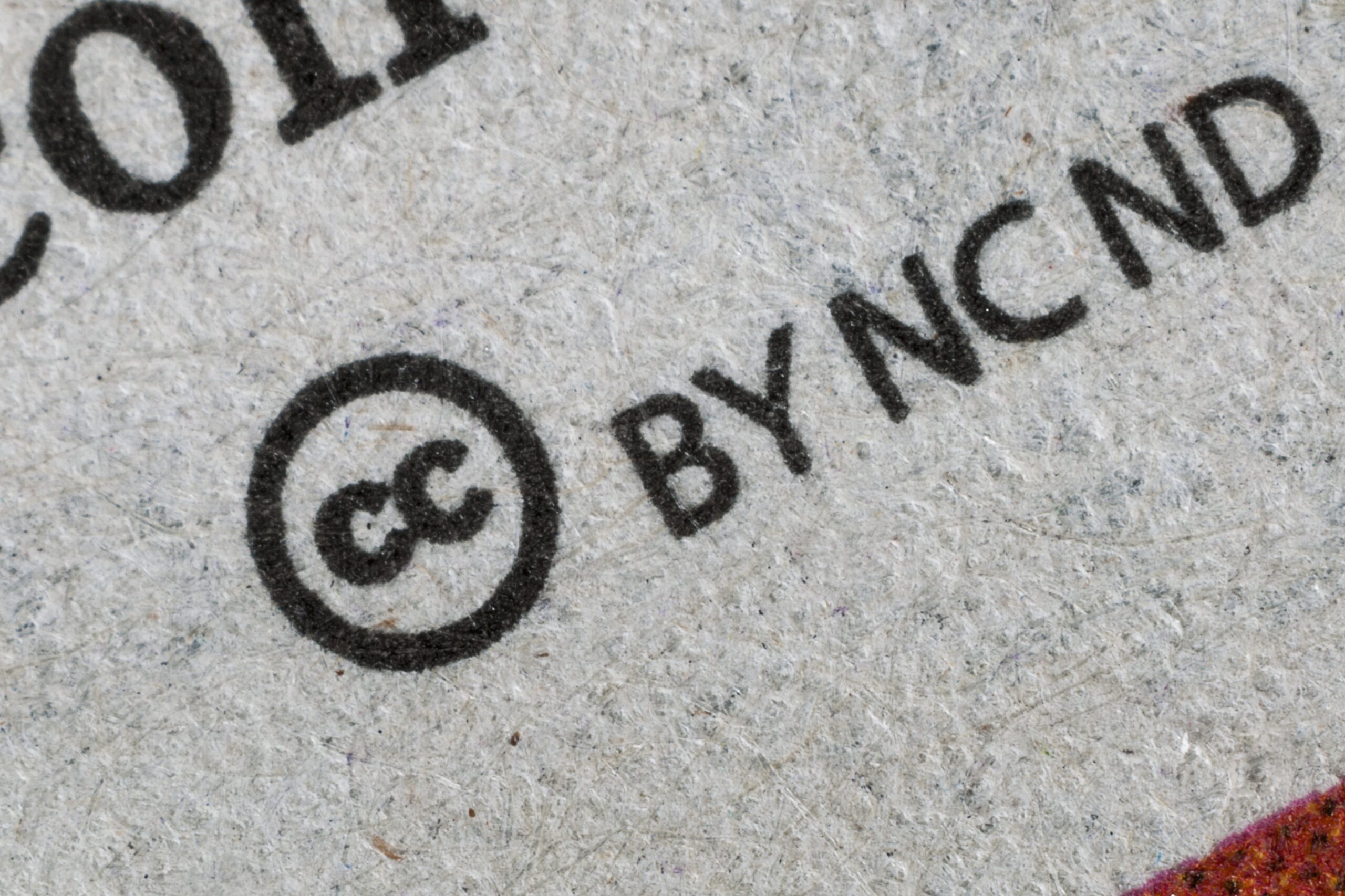 Should Deepfakes Be Granted Copyright Protection?

Deepfakes pose a special and somewhat interesting challenge for the world of copyright law. In particular the concept of ‘fair use’, in which the creative user is allowed to build upon the work of third-parties under special circumstances, could spark an interesting debate.

Currently, the legal area of ‘deepfake copyright’ is still a bit of a grey zone.

That does not mean that no action has been taken in this field as of today. Copyright claims on existing YouTube deepfake videos have already been made by big music labels. One could argue that such claims would not necessarily always hold up in a court room. After all, the concept of fair use could potentially protect the deepfake video creator from claims filed by the defendant, which would be the owner of the source material (whether this is music or video).

Could Deepfake Videos Be Considered ‘Fair Use’?

In order to determine if a deepfake video could fall into the category of fair use within the world of copyright law, we must first determine what fair use actually is. Furthermore, we should consider if deepfake videos would meet these

There are four individual criteria that are essentially used to determine fair use, with all sorts of nuances attached to them. But for the sake of argument, let us focus on the broad picture and make a rough estimate of the possibility a deepfake video can be seen as ‘fair use’ under copyright law.

The four fair use criteria considered by judges in copyright cases are:

For deepfake videos, it would be important that the created work would meet more than two of the criteria, before it can legally be considered fair use under the Digital Millennium Copyright Act (DMCA). We will briefly go over each individual criterion, keeping in mind the ‘average’ deepfake video, in which either the voice or the face of the person in the video is altered in some way.

1. The purpose and character of the use

The purpose of deepfake videos is often a parody work, pure entertainment. However, this does not always need to be the case. If the face in the deepfake is represented as something serious, the parody argument will not hold up in court.

However, in most cases this argument will actually be in favor of the deepfake, at least if the entertainment value argument can be made.

2. The nature of the copyrighted work

The question here is if the work is creative or factual. Factual works are not protected by copyright law. For a deepfake video, the coin could flip either way. Deepfakes are not factual, but not very creative either. A face is something you have, it’s not necessarily creative.

It would be up to the judge to determine who would win here on a case-by-case basis. We cannot definitely say if the deepfake would win here.

3. The amount and sustainability of the portion taken

So if the use of the deepfake takes a lot of the original work, it will likely be in favor of the person owning the original clip. If the work is transformative and has sufficiently been changed (e.g. both audio and video), then the deepfake will win this argument.

It also depends on how much of the video has been taken. If the deepfake is based on a single frame, the fair use argument will likely hold up. If a lot of the work is used, the accuser will likely win. But more often than not, the deepfake owner would win this.

4. The effect of the use upon the potential market

This argument focuses on the financial effects of the deepfake video creation for the original owner. Typically there is no financial incentive to create the deepfake, so it usually doesn’t apply.

One exception could be a deepfake YouTube channel that would take original works and transform them with deepfake software for monetary gain (i.e. advertisement money from the Google AdSense program). Then a market can be identified, but the deepfake creator would still have some level of defense. The common argumentation would be that the market for the deepfake version is not similar to the market of the original work.

Challenges In The World Of Deepfakes And Copyright

It should be clear that deepfakes will push the world of fair use into a new era. Using the currently existing copyright framework will often be insufficient or unsatisfying to the parties involved. Therefore, it should be noted that new laws specifically created for dealing with deepfake content, and protecting the original content therein, would be essential as the deepfake technology continues to improve over time.

For now, we can say that the winning cases could be either for the deepfake creator or the creator of the original work. As the majority of the fair use argument has to be won, a case-by-case basis is currently the best way to look at the final verdict.

There are already some instances in which celebrities have sued deepfake creators, which could already shine some light on how the legal system things about the technology in general, and could help people understand on which side the coin could eventually fall in the case of a legal process.

For example, there was the much-covered case of Jay-Z’s music label, which claimed multiple YouTube videos for copyright infringement. Another such instance was from celebrity Kim Kardashian, which once again showed that the copyright system is ill-equipped for dealing with deepfake videos. Real moderation would make more sense in such instances, so other legal claims would logically make their way to the court. Let’s take a look at the types of legal claims that could be relevant in such cases.

But is it actually necessary to rely on copyright law in order to remove unwanted deepfake content from the web? There are other legal claims that could be used to achieve similar results, albeit they are generally heavier claims towards the other party involved. Four different legal claims would be relevant in this context.

This legal claim refers to the right to control the exploitation of your image or your personal name. Deepfakes focus on people, and people have the legal right to determine what types of publications their face (or body) can be used for.

Moving away from the copyright argument, it would make much more sense for the owner of the original work (as well as the person’s face being used in the deepfake video) to make the ‘Right of Publicity’ claim. It’s at least worth looking into, and could also easily be connected to the secondary claim of harassment. For some types of deepfake cases, harassment could even be the primary claim.

Depending on the use of the deepfake video content, harassment could be a relevant claim to make. If you’re not happy about the manner in which your person is portrayed by the deepfake creator, this could very well be a relevant legal claim to look into.

Is the deepfake creator participating in some type of slander against you by using your face in a deepfake image or video? That’s where defamation could come into play.

If there is any type of false statement is being made in the deepfake work about your person or company, it would make sense to add the defamation claim to the case as well. Again, this could only really work with a specific subset of deepfake content, one in which the ‘parody’ is a thin line between a joke and some type of slander against the parties involved in the original creative work.

Depending on how an image or video is used, one could also argue that identity theft is a relevant legal claim to make. This refers to stealing your facial features or likeness for e.g. financial, medical, criminal purposes.

Even partial use of identity is often enough to make a case against the deepfake creator. Partially fabricating your likeness is the very purpose of deepfake media content, so it would usually be a partial use of your face and/or body, depending on which part of your identity is used for the video or image in question.

The Copyright Protection Of Deepfake Tech

Most deepfake content will have some very strong fair use arguments. It obviously will depend on the case-by-case basis, but the fair use of deepfakes will, in theory, often hold up for the majority of the arguments used by the judge.

For people looking to take down deepfake videos with YouTube’s copyright claim system, it would probably be best to avoid this as the likelihood of actually losing the case is quite high.

Therefore, it would make more sense for the owner of the original work to fight the case using another set of legal claims, such as the ones mentioned before. Especially the legal claims focusing on the right of publicity and identity theft can be relevant in most of the instances.

It is very likely that in the near future, legal jurisdictions will start to pass deepfake laws specifically tackling the problem that is discussed in this article. Until such laws are in place, it is recommendable to take a look at the aforementioned alternatives to the copyright argument to make a strong case against a harmful deepfake creator.